"The best and most beautiful things in the world cannot be seen or even touched - they must be felt with the heart." - Helen Keller

Laughter might be the perfect antidote to stress! In one study when people watched a funny movie, their blood flow increased by 20%!

Secrets to a Healthy Heart
Long ago,Egyptians wrote about health and disease in relation to how the heart "speaks in vessels" with the rest of the body. Today, physicians may not associate the heart with the soul, but many credit early Egyptian medical knowledge of the heart as a precursor to modern cardiology.

A key element of a healthy body is a healthy heart. The heart is the center of our cardiovascular system and beats an average of 100,000 times per day supplying oxygen rich blood to the whole body. Every day we make choices that have a profound affect on the health of this vital organ. Most heart disease is linked to risk factors such as lack of exercise, obesity, smoking, stress, and poor eating habits.

One major condition that can develop with these risk factors is Hypertension, also known as high blood pressure. Often called the 'silent killer', Hypertension can cause significant damage throughout the cardiovascular and other body systems and ultimately results in over 80 million deaths each year.

Blood pressure is the amount of pressure exerted on the inside of blood vessels as the heart pumps the blood through the body. When there is resistance in the vessels, the pressure rises and hypertension results. The longer hypertension goes undetected and/or uncontrolled, the greater the damage to blood vessels and other organs. Hypertension can lead to heart attack, stroke, ruptured blood vessels, kidney disease or failure, and heart failure.

Warning signs for high blood pressure are rare but can include headaches, blurred vision, lightheaded, shortness of breath and nosebleeds. However, there are typically no warning signs or symptoms for hypertension, which is why it is called the silent killer.

The Potassium Secret for a Healthy Heart

You've no doubt heard the best thing to do when you have hypertension is to reduce the amount of salt/sodium in your diet. Did you know the average adult needs 4,700 mg of potassium daily compared to only 200 mg of sodium. Unfortunately for most of us, our eating habits give us way too much sodium - 3,300 mg a day - and not nearly enough potassium. This imbalance can increase your risk of developing hypertension.

What's truly important for your heart, and a more accurate strategy to prevent high blood pressure, is to balance the relationship between potassium and sodium (salt) in your daily diet. Proper sodium-potassium balance is necessary for nerve transmission, muscle contraction, fluid balance, and the optimal health of all the cells in your body. In regard to the heart, potassium is particularly important for regulating heart rhythm and maintaining blood pressure.

By reducing your sodium intake, you are often correcting the sodium-potassium imbalance without realizing it. To further support your heart health, eat more potassium-rich foods such as sweet potato, spinach, banana, peas, legumes, apricots, avocados, halibut and molasses.

Walk, No Need to Run: 30 minutes of daily, brisk walking lowers your risk for hypertension.

Be Calm: Learn to manage stress with healthy coping techniques, such as, deep breathing, yoga, meditation, gratitude journaling, and getting quality sleep.

Because some blood pressure medications affect the potassium level in the body, be sure and discuss the best strategy for making this adjustment with your Holistic Doctor.

Food for Thought. . .
Garlic: Good for Your Heart!

It may not smell like a lily, but Garlic is an edible bulb from the lily family. Fondly known to herbalists as "the stinking rose", for centuries, there has been many traditional medicine uses for Garlic, including treatment of skin conditions, immune support, antimicrobial and, to reduce risk for cancer and heart disease. In fact, Garlic is one of the most widely studied herbal supplements for its beneficial effects on the heart.

Garlic contains several vitamins and minerals that support heart health, including vitamin B6, vitamin C, manganese, and selenium. It is the chemicals that give garlic its pungent odor that scientists believe are the source of the herb's heart health-promoting effects. Garlic is also rich in antioxidant compounds that help reduce the risk for cardiovascular disease.
Studies on garlic and the cardiovascular system typically use garlic powder, oil, or aged extracts. To date, the effects of garlic on the heart that are supported by science include:
Slows the development of atherosclerosis (hardening of the arteries)
Reduces blood pressure
Reduces triglycerides and therefore lowers total cholesterol

The amount of active compounds supplied by garlic supplements can vary because allicin is very sensitive to things such as air and heat. For example, aging garlic to reduce its odor also reduces the allicin present and compromises the effectiveness of the product.

Generally safe for most adults, taking a garlic supplement can cause heartburn, upset stomach, an allergic reaction, and breath and body odor (common with raw garlic). Garlic should not be taken by persons who are preparing for surgery or who have bleeding disorders because it can impair the body's ability to form blood clots.

Hawthorn, also known as Maybush, is a thorny shrub found on hillsides and in sunlit woodsy areas throughout the world. Over centuries, all parts of the plant have been used to prepare foods, beverages, and medicines. In folk medicine, Hawthorn was used for the treatment of diarrhea, insomnia, and asthma. In China, it has been used to treat digestive problems, high cholesterol, poor circulation, and shortness of breath. During the early 1800s, doctors in North America used Hawthorn to treat heart conditions, circulatory, and respiratory disorders.

Hawthorn has a rich supply of flavonoids (antioxidants that protect cells from damage) and anti-inflammatory properties, which are important to heart health. It plays a role in helping dilate blood vessels, improves blood flow to the heart, and lowers blood pressure. In Europe, Hawthorn is regarded as a safe and effective treatment for early-stage heart disease. It is used to promote the health of the circulatory system and to treat angina, high blood pressure, and congestive heart failure. In studies, patients with heart failure who took Hawthorn showed improvement in clinical symptoms and sense of well-being.

Hawthorn is available as tea, capsule, tincture, and standardized extract found in prescription drugs, over-the-counter medication, standardized herbal medicine, or dietary supplements. Before taking Hawthorn, especially if you suspect or have a heart or lung condition, consult with a holistic medical professional.

The Power of Breath: Lower Blood Pressure, Reduce Stress
When you don't manage stress effectively you place an unnecessary burden on the one muscle that keeps you alive: the heart. When you're stressed, your body goes into "fight or flight" response. The brain releases hormones that cause your heart to pump faster, thicken your blood, and raise blood pressure. If you constantly experience this stress response, it eventually changes the way the heart and blood system function--putting you at risk for heart disease.

Along with Yoga, here's something you can use anytime, anywhere to change the way you respond to stress and actually lower blood pressure and protect your heart from the deadly grip of stress. I highly recommend Guided Imagery. Here is a link:
http://www.healthjourneys.com/Store/Stress-Relief/1

References
The information offered by this blog is presented for educational purposes. Nothing contained within should be construed as nor is intended to be used for medical diagnosis or treatment. This information should not be used in place of the advice of your physician or other qualified health care provider. Always consult with your physician or other qualified health care provider before embarking on a new treatment, diet or fitness program. You should never disregard medical advice or delay in seeking it because of any information contained within this newsletter.

No comments:
Email ThisBlogThis!Share to TwitterShare to FacebookShare to Pinterest

Prescription Drug use and Overdose

Did you know...  46 Americans pass away from prescription painkiller overdoses each day??

I guess I could say I have been very blessed to have adversity and many (More than I have wanted) life events. That sounds weird to call our stress and losses as blessings, but later (Much, much, much later); we appreciate the events we go through as it makes you realize how strong you can be.

I lost my Sweet Sister Kerry to Pain Killers, Oxycodone to be specific. This topic has been very heavy on my mind for over 4 years now. This is not a new problem, however, for the reasons that I am no longer able to speak with her every day and with the high number of people abusing medications, I feel it is a huge problem that needs new attention.

The misuse and abuse of prescription medications in our country remains high, but few people are aware of just how big the problem really is. Drugs, when taken as prescribed kill more than 106,000 Americans each year, and the death toll from overdosing on painkillers is now greater than both car accidents and death from illegal drug use. According to the National Center for Health Statistics and the CDC, the rate of drug overdose deaths between 1999 and 2014 for Caucasians between the ages of 25 and 34 rose by 500 percent. The overdose rate for people 35 to 44 years old tripled.

Here is some disturbing data regarding our painkiller abuse:

* Opioids: These could include Hydrocodone (e.g., Vicodin), Oxycodone (e.g., Oxycontin, Percocet), morphine, and codeine. Opioids work by reducing the perception of pain and stimulating the brain’s “reward center,” producing a feeling of euphoria. Other consequences include a lack of interest in activities and school or work, decreased attention to personal hygiene, and needing to take more and more of the drug to achieve the same effect (also called “tolerance”).

* Central nervous system depressants: Also called tranquillizers and anti depressants, these include barbiturates and benzodiazepines. They are used for treating anxiety, panic attacks, depression, insomnia, seizures, nausea, and vomiting. They have a calming, relaxing effect on the brain.


In the Nutrition and Integrative health Fields, there is such great success with balancing the neurotransmitters in the brain. We can test to see which Neurotransmitters are low and supplement naturally to boost those that are low. Increasing amino acids, getting exercise (Including meditation/yoga), feeding the mind and spirit, as well as establishing new thinking patterns are important as well.

More than 87% of Americans saw a Doctor last year. According to the CDC, those doctors wrote 259 million prescriptions for opioids​,  No, Doctors are not only to blame. However, 62% of abusers say

“It was easy to get meds from their doc or someone’s medicine cabinet.” Others say
“The pills are easy to get through other people's prescriptions.”

Our Doctors and pharmacists need to be more Mindful and involved in identifying and preventing prescription drug abuse. In addition, we need to start treating the cause of pain and disease, not just the result. 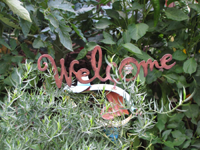 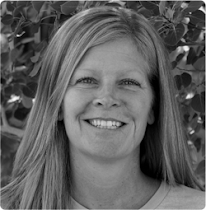